What It Means to Work in a Building That Inspired Freedom 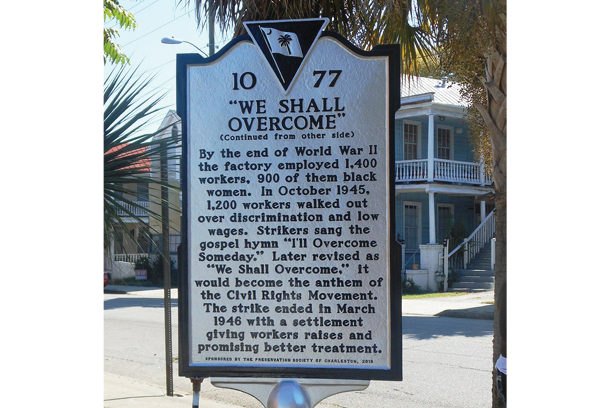 If The Walls of the Afaxys Headquarters Could Talk, They Would Sing

Everyone wants a workplace that’s inspiring. But for the Afaxys team, they have the privilege of working in a place that has truly inspired history.

Overlooking the Charleston port, the Cigar Factory building that today houses the Afaxys headquarters was once one of the many birthplaces of the country’s civil rights movement.

Here’s how it happened:

On October 22, 1945, unionized workers at the Cigar Factory, owned by the American Tobacco Company at the time, went on strike to protest low wages and poor working conditions. Their demands: a 25-cent pay raise and an end to racially discriminatory employment practices. Most strikers were Black women, although some Black and white men and white women also took part.

For five months, leading into one of the coldest and wettest winters in years, striking workers picketed outside the Cigar Factory on East Bay Street. Segregationists and the local police confronted them constantly.

To demonstrate their solidarity, the picketers sang about overcoming their challenges, together transforming a traditional gospel song into “We Will Overcome.” This song was later revised to “We Shall Overcome,” an anthem of the civil rights movement during the 1950s and 1960s.

The song was described by union activists as “almost like a prayer of relief” for the struggles faced by Cigar Factory workers as they sang together, “We will win our rights someday.”

Bringing the fight for rights into the present

Today, a marker from the Preservation Society of Charleston stands outside the Cigar Factory commemorating the strike and the creation of the history-shaping protest song.

For a company like Afaxys, which works to promote and secure the rights of all people to access reproductive and sexual healthcare, the song could not resonate stronger.

“Labor rights and reproductive rights are different on many levels, of course, but it’s remarkable that some 75 years later, in the same building, we’re trying to protect people’s rights just as those union workers did,” said Staci Gouveia “It makes us feel connected to the past and reminds us that some struggles are never over.”

Indeed, simply going to work each day brings team members back to a different era. They must pass through the massive arched entryways, large enough once for horse-drawn wagons carrying tobacco. Their conference rooms and cubicles are surrounded by the deep red brick of the old factory’s walls.

In 1881, the Cigar Factory was built as a cotton manufacturing facility, featuring the cutting-edge technologies of the day: electricity, steam heat and a fire safety system. Today, instead of producing millions of cigars each day, the building has stepped definitively into the modern age. The property has been transformed into a collection of apartments, shops, restaurants and growing businesses, in industries ranging from technology to finance to healthcare, like Afaxys.

In a city like Charleston, the past is always present. But the future is too.